OK, never one to shirk a challenge. On my post on modifying the Laser Competition, Peewiglet mentioned that she was dissatisfied with the way the outer tent door is secured when open. I think I’ve come up with an elegant solution. By using an Alpkit micro clip, I’ve secured a length of elastic shock cord from the loop at the bottom of the door to the peg at the back of the tent (see below). The door is now secure, with minimal potential for coming loose or flapping. The reason for using a clipper is that it makes it easy to remove the shock cord if you don’t want it to dangle from the door.

However, this is even more cunning as it gives an extra venting option in calm weather. The shock cord can be doubled up and secured around the lateral guy peg to provide a sheltered but ventilated porch space (see below). I’ve also tried it with a short length of dyneema and a line-lok. Although it makes it more secure, it’s a bit fiddly to adjust, so I’m sticking with the shock cord. Et voila mademoiselle la porcelette petite , votre desire est ma commande.

On my previous post, Walter suggested making the end guys into a “V”. This is a very good idea and adds to the stability (see below). This adds a lot of flexibility, since if you don’t want to use the extra pegs, you can always double the guys onto one peg. If you use my end to end guying system, again you can use one peg for two guys. 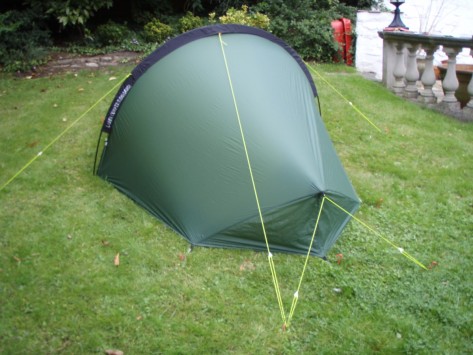 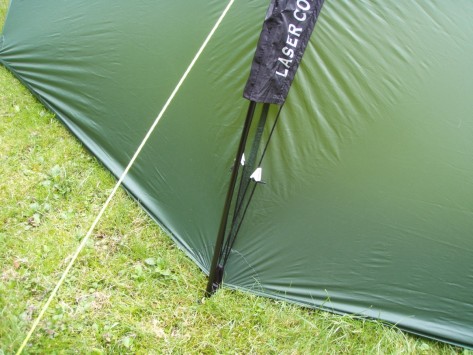 25 thoughts on “One for Peewiglet”